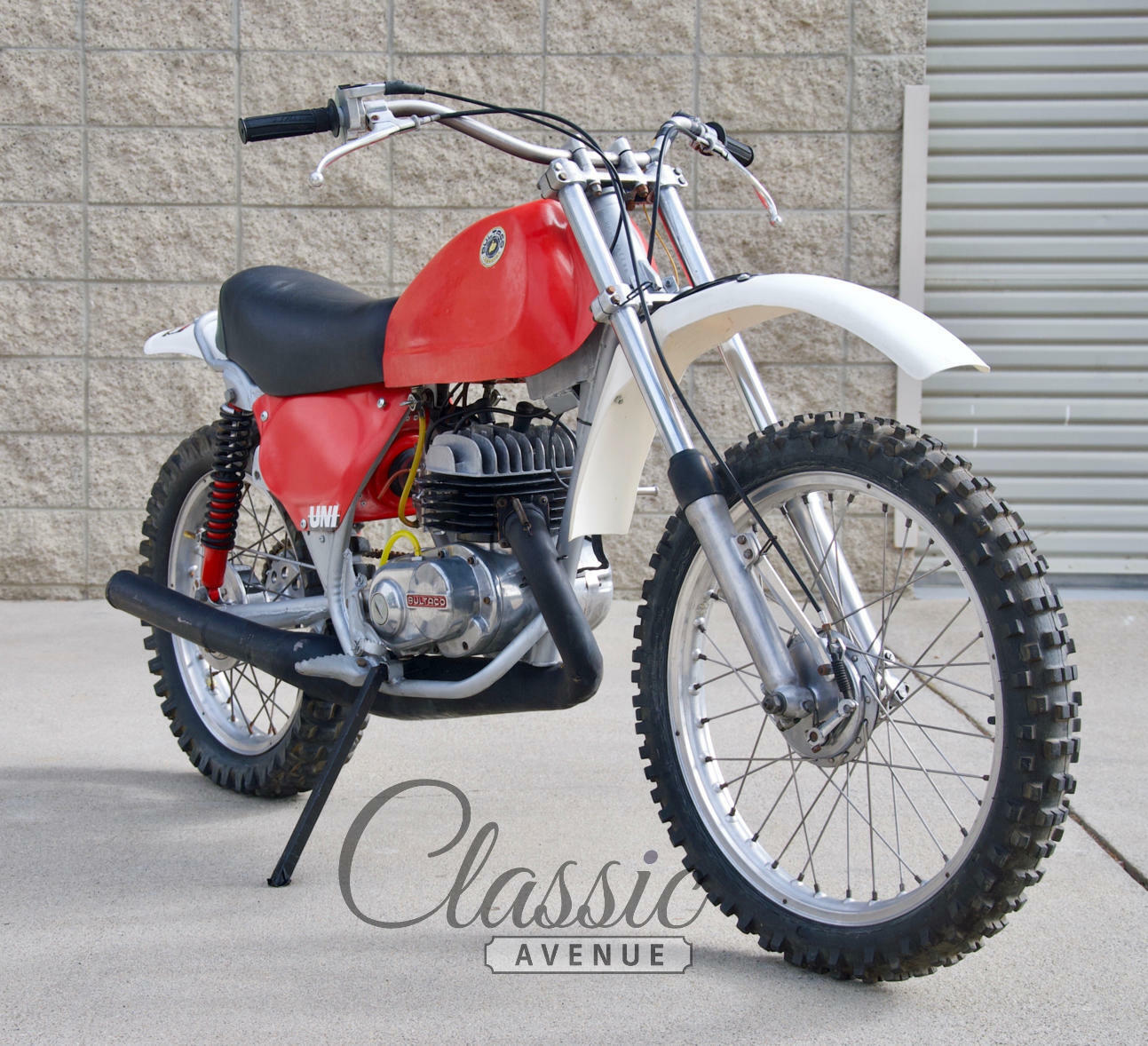 If You're Selling A Dirt Bike...

Let's Advertise Mine Here
Ok, Got It Now Close This

Questions or Concerns? Send Me an Email

Here You Can Review eBay's Program Which We Participate In
Here's More About It:
1975 Bultaco 360cc Mk. 8 Pursang Desert RacerEngine no. HM-13601200Frame no. HB-13601200In the early 1970s, motocross was dominated by Europeans. That is until a 20-year-old Jim Pomeroy, a Washington native, took the American message to the Spanish Grand Prix, taking overall victory, simultaneously becoming the first rider ever to win his debut motocross GP, the first American to win a GP, the first American to lead the MXGP point standings, and the first rider of any nationality to win an MXGP on a Spanish motorcycle. All on a 250cc Bultaco Pursang.Introduced in 1965, the Bultaco Pursang quickly became a favorite mount for what U.S. riders were calling ‘rough scrambles,’ a sport that would soon morph into motocross. By the time this 1975 Mk8 version arrived, the migration to long-travel suspension was on, so we see moved-up shocks making their first appearance on a Bultaco.The bike offered, a matching numbers example, was restored in the late 90s with full engine rebuild and has been on static display in a collection since. Recently liberated, the bike was re-commissioned and readied for sale in fine running condition.Additional photos can be viewed at ClassicAvenue.com
Your Comprehensive Guide to Purchasing Any Used Dirt Bike

Where This Motorcycle Is Located

Estimate Travel Time To This Area

Readers Rides
From Our Free Classifieds

Instantly See Your Dirt Bike Here Absolutely Free Of Charge
...& Remove Or Renew It Whenever You Want... No Questions Asked

Q: What Happens When I Create An Ad?
A: Exactly what you'd expect. An Ad just like these will be created based on the information and photos you provided, exactly as you provide it, Complete with your own User Interface (UI) for editing, removing or renewing your ad(s).
Q: How Do I Edit, Update, Renew Or Deactivate My Ad?
A: Easy, Just click where you want to edit and make your changes on the live site, or alternatively make any changes within your automatically generated UI.
Q: What Happens After 30 Days?
A: Your Ad and photos are removed from public view and renewing your ad is as easy as editing or removing it from your automatically generated UI.
Q: Do You Share Or Sell My Info?
A: NO, And not only are you not revealing anything you wouldn't publicly share elsewhere, There's not enough $ to interest us in anything that would tarnish our reputation.

Watch the Simplicity Of Adding Your Motorcycle Here but Hang Tight, There's A Better Version Coming

We're In It To Win It

With Our Classifieds, You don't install or have to sign up for anything, nor do you reveal any details you wouldn't make public knowledge elsewhere.

Afterall, If Google & eBay Have Trusted Me Since 2009, Shouldn't You?